Solving crime is no easy business. It involves disciplined law enforcement, a thorough investigation and collection of facts, and extensive evidence testing performed by well-trained teams of criminalists, forensic scientists, and toxicologists.

With new advances in forensic science that include mitochondrial DNA sampling, crime laboratories have become the vital link in helping solve crimes, even decades old cold cases. The mystery now is how a crime should laboratory accurately keep track of all the evidence going in and out of its testing facility? A single piece of lost evidence could mean the difference between a solved— or forever unsolved—crime story.

When evidence arrives, it is logged into the tracking system and given an RFID tag. A unique tag is affixed to each piece of evidence or envelope. RFID antennas are installed at the entry point of each vault. When an officer walks into the vault, the RFID antenna does two things:

The same thing happens on the way out: the ID of the officer is noted, along with the evidence in his possession. Now, a full chain of custody is established, which is particularly important for evidence transfers 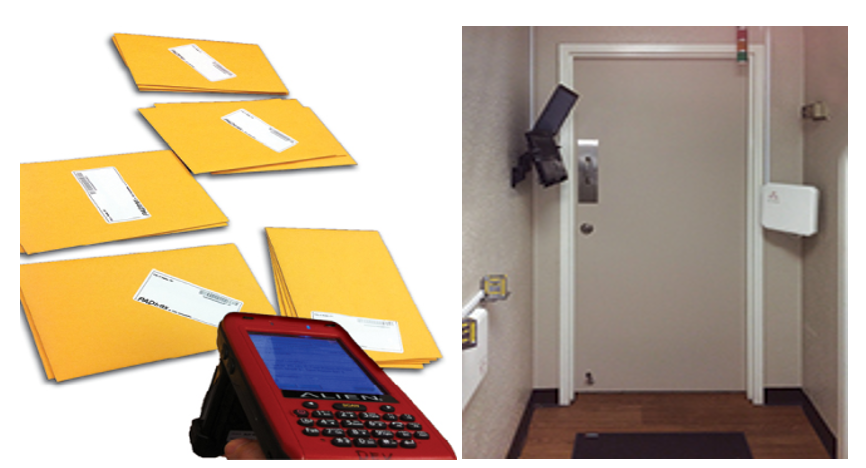 Benefits and Next Steps

More efficient RFID tracking system will result in a quantifiable increase in process turn-around time. Multiple law enforcement agencies will also be able to access the evidence database, allowing the linking of evidence from crimes across different jurisdictions. And at any given time, the laboratory can locate a single piece of criminal evidence.

Have questions? Send us an email or schedule a call